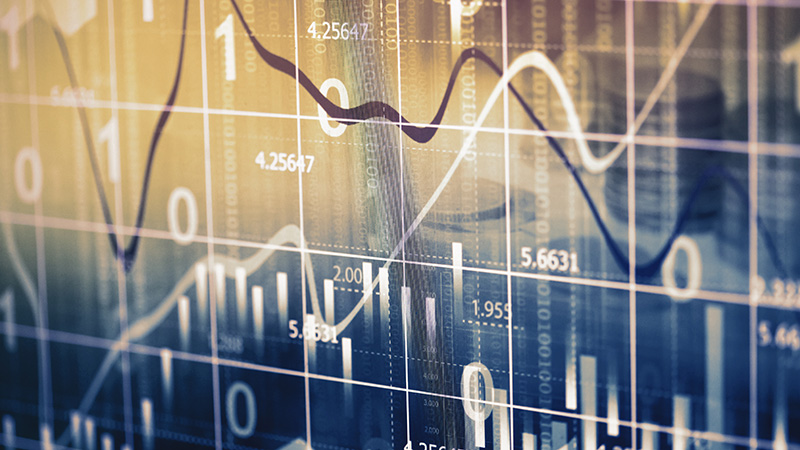 The majority of countries in the global economy have been in a secular downward inflation trend since the Oil crisis in the 1970’s. The central banks of Europe and Japan have been fighting negative inflation for almost a decade. The new US administration is unleashing a ‘war-time’ budget to fight the impacts of the pandemic and the US Fed is on their side, buying hundreds of billions of dollars of government debt to help keep interest rates at historical lows.

This is the question of our time for all investment professionals to consider and CFA Societies Australia has put together an inflation focused ‘series’ to inform members of the potential implications of any rise in inflation. We hope you will join our events – Rob Fowler, CFA, Board Member, CFA Society Melbourne. 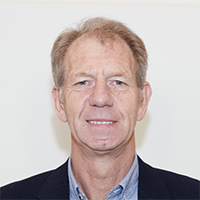 Want to get involved?

If you would like to get in contact with CFA Societies Australia Professional Learning Committee about this Series, please email us here.

The Inflation Series kicked-off in February with Modern Monetary Theory, Outline and Implications and we will hold an event each quarter this year. 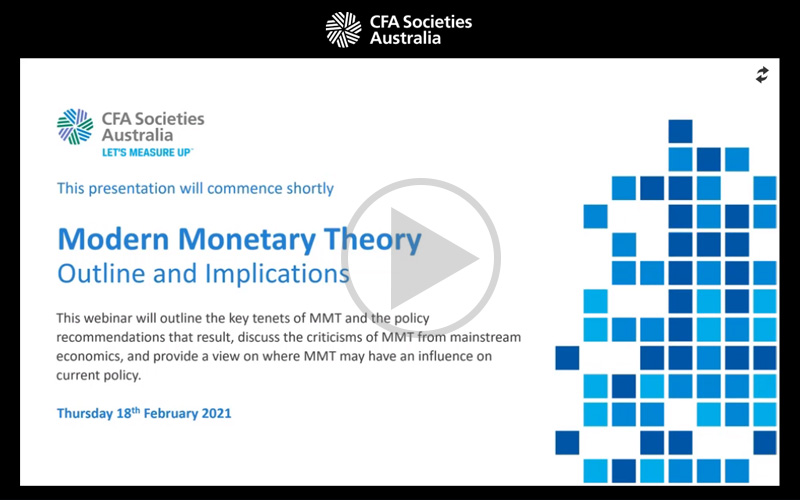 Modern Monetary Theory (MMT) has gained prominence in the last few years. MMT brings together several long-standing elements of economic theory about how financial flows work, leading to the argument that because a government issues its own currency it has no financial constraints, so budget deficits don’t matter.

MMT contrasts considerably with the mainstream (neoclassical) view dominating current economic debate. While some commentators accept that MMT may have some valid arguments when it comes to the role of budget deficits, opposition to it has been strong.

The response by governments around the world to the global COVID-19 recession has seen both monetary and fiscal stimulus through the lens of the mainstream economic view, but some comment has linked it to MMT.

Series IV: Pricing of Unlisted Assets and the Potential Impacts of Inflation

Series II: A History of Inflation

Webinar: A History of Inflation; using history to guide a contemporary context.

Join us on Wednesday 16 June at 12:30pm (AEST) for a webinar session on the history of inflation, using history to guide a contemporary context. Hear Guy Bruten, AllianceBernstein’s Chief Asia-Pacific Economist, share lessons learned from the past and how that experience can cast light on THE key question of whether the near-term inflation outcomes are likely to prove “transitory or persistent”.

You can find out more about which cookies we are using or switch them off in settings.

This website uses cookies so that we can provide you with the best user experience possible. Cookie information is stored in your browser and performs functions such as recognising you when you return to our website and helping our team to understand which sections of the website you find most interesting and useful.

Strictly Necessary Cookie should be enabled at all times so that we can save your preferences for cookie settings.

If you disable this cookie, we will not be able to save your preferences. This means that every time you visit this website you will need to enable or disable cookies again.

This website uses Google Analytics to collect anonymous information such as the number of visitors to the site, and the most popular pages.

Please enable Strictly Necessary Cookies first so that we can save your preferences!